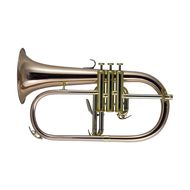 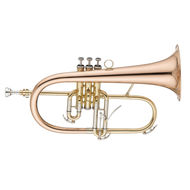 Out of Stock
Lacquer
B&S Challenger I Bb Flugel Horn 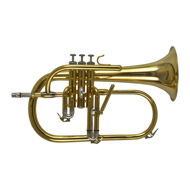 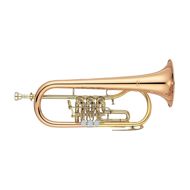 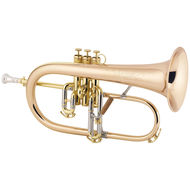 A member of the trumpet family but with a distinctive conical bore.

The Flugel Horn is the third instrument in the trumpet family alongside the Cornet and Trumpet and benefits from the same finger configuration. Similarly pitched in Bb, it is commonly used in brass bands, big bands and jazz ensembles as well as being a solo instrument. The Flugel is the most mellow of the trumpet family given its large conical bore. Popular professional level flugels include the Yamaha Maestro, Bach Strad, and Courtois models, although jazz players tend to favour different models to those chosen by players in a brass band.