The Smith–Watkins Soloist cornet is designed by Dr. Richard Smith, and has a unique facility for swapping leadpipes, enabling changes in musical quality for varying playing styles and environment.

The Smith–Watkins Soloist cornet is designed by Dr. Richard Smith, has a unique facility for swapping leadpipes, enabling changes in musical quality for varying playing styles and environment. This is of great advantage not only to the solo player who may regularly use different pipes, but also for the less experienced player who wishes to use the soloist instrument as a test-bed for trying out several parts before the final assembly of an Artiste Cornet.

These are superb state-of-the-art instruments with the highest reputation for performance. This cornet is not kept in stock and is MADE TO ORDER ONLY.

Choice of the following leadpipes:

G0 Smaller pipes for players who require a lighter sound with ease of playing.

G4 A larger pipe for the same ease of playing but with a fuller sound.

The K series gives the same ease of playing as the G series, but with a mellower sound. Due to their versatility these are a popular choice with Soloists and Tutti Cornet players.

K2 A slightly larger pipe. A good all-round pipe, ideal for Soloists or Tutti players and suitable for use in ensembles of all sizes.

K4 A large pipe suitable for Soloists or Tutti players with good stamina.

These pipes give a dark round sound, particularly in the low register. These are ideal for Soloists.

T4  A large pipe for those players with smaller mouthpieces or who require a darker sound. Also useful for Lower Tutti players.

The Smith Watkins Soloist cornet is supplied in a hard flight case.

Smith - Watkins are a leading player in the musical instrument industry. Smith - Watkins instruments are renowned for their exceptional build quality, reliability and manufacturing precision and consistency. Many players choose Smith - Watkins as they have been a widely respected and trusted brand for many years. 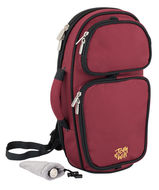 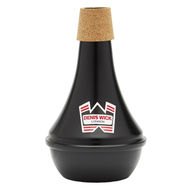