This full set of Fanfare Trumpets would be suitable for any military/forces band looking to equip themselves with official fanfare kit.

Please be aware that our normal warranty/guarantee cover does not apply to this instrument as it has been pre-owned by a client and sold by us on their behalf.  Whilst we do all we can to ensure that they are working to the best of their ability, such goods are purchased as seen. However if the item is purchased online, the procedure is covered by our distant selling rules which can be found on the delivery/returns page.

This full set of Fanfare Trumpets would be suitable for any military/forces band looking to equip themselves with official fanfare kit. These instruments were the predecessors to the Smith-Watkins Herald Fanfare Trumpets. Whatever their musical length, the physical length from mouthpiece rim to bell end is exactly the same for each instrument, as is the position of the banners, giving perfect symmetry when played together. The sight and sound of these instruments is quite spectacular, whether on the parade ground or at a Royal celebration.

**PLEASE NOTE THIS ITEM IS NOT AVAILABLE FOR APPROVAL**

Wear & Tear Observations: No visible repairs, but the instruments are in a used condition – this includes scratches and dents. The silver plate is almost entirely intact but could do with some detailed polishing.

All 8 are supplied in their original hard case, and come with a mouthpiece, a lyre and a small pad of fanfare music. Some of them have valve oil in the case as well. Each instrument has banner rings on the bell (the bell is detachable on all 8 instruments).

Fanfare Trumpets - A Brief History:
Originally conceived by Ricordi and made by Orsi for Verdi's opera in 1836, one valved 'Aida' trumpets made by Hawkes & Son were used by the British army for fanfares prior to the 1930's.

The Senior Director of Music at the Royal Military School of Music, Kneller Hall, Lt Col Hector Adkins (1921-1943), found these instruments unbalanced when supporting a banner so he designed a set of 3-valved chromatic fanfare instruments in which much of the valve tubing is put to the back of the instrument. These variously pitched fanfare trumpets, sometimes called 'Coronation Trumpets', and were made by Boosey & Hawkes for the coronation of George V1 in May 1937.

The instruments were sold under both the Boosey & Hawkes and Besson names until 1999 when they were deleted from the catalogue. Besson (London) closed in 2005 and the name 'Besson' was sold to Buffet Crampon (France) in 2006. In 1948, two sets (14 instruments) of fanfare trumpets made from silver for the Royal Marines Music Service were dedicated as a Second World War Memorial.

The bells are inscribed with the names of the ships in which the men died. These instruments, which are now rarely played, can be seen in the Royal Marines Museum in Portsmouth UK. In 2000, the Royal Marines and Royal Air Force commissioned Smith-Watkins to create a new range of Fanfare Trumpets using 'state of the art' design techniques. These instruments are used throughout the British Forces, the USA, Middle East and Australasia.

Please contact us before returning any items by emailing orders@johnpacker.co.uk or calling Odette on 01823 282386.

Faulty Items can be returned free of charge. Please email orders@johnpacker.co.uk as soon as possible with order number (as confirmed on your order confirmation email) and a description of the issue. We are happy to replace, repair or refund faulty items. Larger items including instruments will be collected via courier with smaller items and accessories being returned via a free post address. Goods must be in their original packaging

Distance selling, i.e. goods bought online: If you have purchased online and the items are in full working order but you are not happy with your purchase, you have the right to cancel and return your goods within 14 days. Please email orders@johnpacker.co.uk within 14 days with your order number. Delivery costs in this case are the responsibility of the buyer. Goods must be returned in their original packaging and arrive to us undamaged.  A refund will be issued within 30 days. Any international orders will be refunded by the same process by which they were charged. Please be aware that changes in currency rates between placing the order and refunding the payment may result in a different amount being refunded in your currency. We reserve the right to make a fair and reasonable charge if either the goods or packaging are damaged in any way. This only applies to goods bought online. 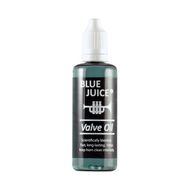 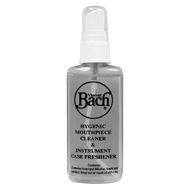 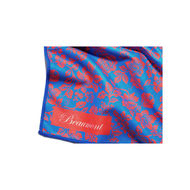 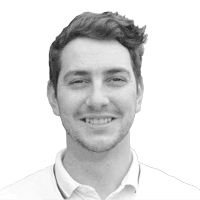