This instrument has the reputation of having established the true bass trombone sound. The red brass bell has been styled to maintain a consistent, warm timbre at low and high dynamic levels.

This instrument has the reputation of having established the true bass trombone sound. The red brass bell has been styled to maintain a consistent, warm timbre at low and high dynamic levels. The G/Gb attachment can be reconfigured to the player’s taste for setting up low C and B natural when desired. The bore design assures proper reinforcement of the lower partials. It is one of the most sought-after bass trombones on the market; try it and you'll see why!

By 1898 he was able to hire an instrument maker to produce his “Holton Special” trombone. By 1904 he was selling trombones, cornets, valve trombones and mellophones.

In 1914 Holton’s instruments were being played by many professional artists, including Vincent Bach at the 1914 Boston Symphony.

By 1917 an agreement was made to build a factory in the city of Elkhorn, Winconsin.

1929 and Holton introduced a complete line of school grade instruments under the Holton Collegiate name.

Frank Holton sold the company in 1939 to Fred Kull, a company employee.

Sadly in 1942 Frank passed away. During World War II, the Holton company concentrated on war production. But after the war, the company saw steady growth.

1964 saw the company being sold to the G. Leblanc Corporation due to the pressure to offer a complete range of woodwind instruments.

In 2008, production was moved from Elkhorn to Eastlake, Ohio. 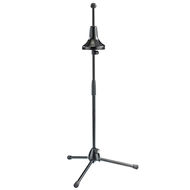 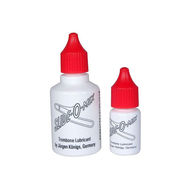 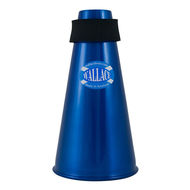