The company behind pTrumpets, pBuzz and pTrombones are on a green mission. Being regularly questioned by retailers and customers about manufacturing instruments out of plastic, you could tarnish them as 'single use plastic baddies'; but you'd be wrong to do so.  In a study on emissions (admittedly paid for by themselves, but silencing the critics), the results are quite surprising...

Every instrument in the pInstrument family is made using ABS (acrylonitrile butadiene styrene) plastic. PInstrument say the resources used in the production of plastic instruments are much less than that of traditional brass equivalents which are mainly manufactured from yellow brass.

Copper and Zinc (that make up yellow brass) are finite resources, with both extraction and recycling resulting in significant carbon emissions, exceeding those associated with the production of ABS.

What this means is that every time pIinstrument make an instrument out of plastic rather than brass, they reduce the amount of carbon used (the universal unit of measurement to indicate the global warming potential of greenhouse gases). In pInstrument's commissioned research they found that compared with brass instruments, the 500,000 instruments they have manufactured since 2010 have saved 2,833247 kg’s of CO2, reducing the impact they make on our environment.

During the manufacturing process instrument parts are made by injection moulding; every time they change the colour of the plastic, the mixed colours generated while they switch colours are able to be melted down and re-used.

The plastic the instruments are made from makes them very strong and robust (one of the reasons pInstruments chose it is for impact resistance and toughness) so they are pretty indestructible. However, if there is an individual part of an instrument that is broken they can provide many replacement parts.

Being so strong, theoretically pInstruments should last for years (the first ever pBones sold are still going strong) so ones no-longer being used they recommend reusing by passing on to a friend or family member, thereby encouraging someone else to experience the joy of music! 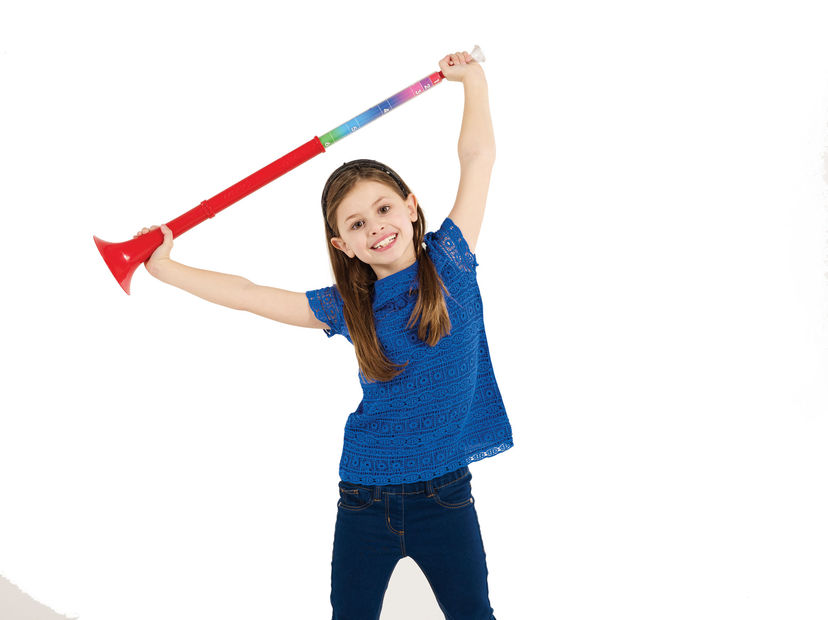 If you want to recycle a pInstrument you can. ABS plastic is recyclable, under recycling group 7 – ‘other’. This recycling group is not specific to one type of plastic, but contains various types. While this mixture means that they should not be put in household recycling bins collected by the council, as they will end up in either energy recovery facilities (incinerators) or in landfill, they can be recycled by specialists  – contact your local recycling centre for advice.