Announced earlier this year on the Queen’s birthday, John Packer received the Queen’s Award for Enterprise in the International Trade category - the highest official UK award for British business.


John Packer Ltd – a Taunton-Deane based brass and woodwind musical instrument retailer which has been in business for more than 40 years - demonstrated substantial international growth in overseas earnings and commercial success within the musical instrument manufacturing and retailing sector over the last four years.


Due to the expansion of the business, the company has recently relocated to Summerfield Avenue in Chelston Business Park. The ceremony - in which John Packer was presented with a Dartington Crystal blue glass bowl - also marked the official opening of the new showroom.

The leader of the council Cllr John Williams, and the Deputy Lieutenant Mr Richard Case also attended, along with representatives from Yamaha, Yanagisawa, Denis Wick and other local musicians and staff.

The core success is owed to the increased international trade of the company’s manufacturing division – bearing the name of the company founder John Packer. ‘JP Musical Instruments’ are exported worldwide to a network of more than 300 music retailers.

Earlier in the year, company directors Annie Gardner and Rob Hanson attended a reception at Buckingham Palace where they met HRH Prince Charles.

Rob Hanson, expressed the company’s honour at receiving the award:
“The Queen’s Award for Enterprise is highly prestigious and globally recognised, so we are very proud of how the company has forged an international presence, from a humble instrument repair service.

“It’s also of huge personal pride to John Packer that instruments which bear his name are used so widely - by education services, all manner of bands and professional players from Taunton to Tonga, the Midwest to Moscow, Ireland to Iceland.”

With the increased notoriety of the brand, John Packer Ltd has successfully collaborated with other international manufacturers, such as Smith-Watkins – whom supply instruments to the Ministry of Defence, Michael Rath Trombones, Sterling Musical Instruments and Taylor Trumpets.

Mr Hanson, who has led the collaborations, said:
“Our passion and commitment to customer service and longevity are paramount to our success and growth. But we’re also keen to keep expanding our range and building on our successful design collaborations so that we can continue to serve a universal desire to make music.”

Our photo below shows the presentation of the bowl to John Packer, and above a staff picture (Mrs Maw pictured centre). 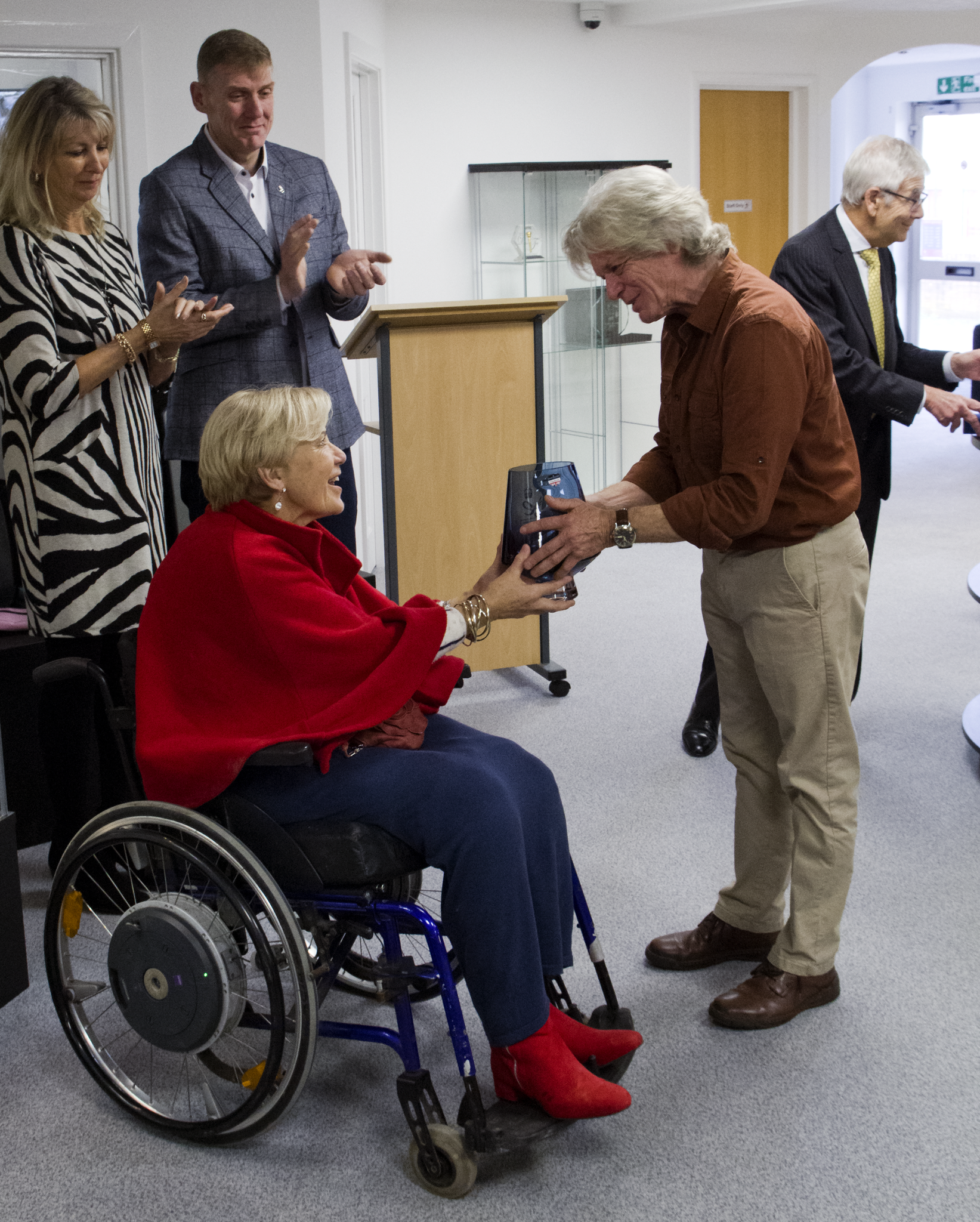