Ever wondered what life was like in the Royal Marines back in the day? Our Steve gives a little insight...

"A long time ago when everything was in black and white I joined the Royal Marines Band Service as a Junior Musician along with 35 other 16-year-old lads. At the Royal Marines School of Music in Deal, Kent, we were quickly put through basic training learning how to march, dress, shower, shave and of course how to clean everything the Royal Marines way. I remember all of us in room 10 were always having extra parades and inspections for not polishing the floor good enough for our instructors!

"Musical training was a relief from cleaning, however having joined on cornet and piano I was soon on ‘C’ report (extra practice) for piano which was the direct result of doing a near on perfect sightreading performance at auditions, little did they know I had been learning that particular piece with my teacher at the time so it wasn't sightreading to me! They must have thought they had a great pianist joining up, how wrong they were and how I struggled with 8 hours a day, 7 days a week sat in Q block trying hard to improve my piano skills. Q block was haunted, but that’s another story, I eventually ditched the piano and became a solo cornet player (hurray!) and finished my training and went on my first draft to Flag Officer Naval Air Command (FONAC) band.

"My time at FONAC band was spent travelling around the UK getting paid to play at various concert halls, the occasional parade, mess dinners and on TV, who remembers Pebble Mill At One….did a few of those including one with The Nolan Sisters! I was obviously having too much of a good time enjoying myself so ‘Drafty’ decided I should spend a year on board ship with the new (Flag Office 3rd Flotilla) FOF III band so off to sea with some new mates and no TV appearances for a while. Crammed in on a small mess on HMS Hermes is something you have to get used to very quickly. We travelled around the world drinking beer, getting a suntan and of course playing concerts, beating retreats and some great runs ashore.

"Next stop was at the band room at CTCRM (Commando Training Centre Lympstone), short haircuts were order of the day to keep a certain Drum Major happy or at least we tried most of the time. Lots of parades and regimental dinners to play at plus a few trips around the globe including playing for an American President in Washington DC. We had a front row position at St Paul's for the Royal Wedding (Charles & Di) then back to Earls Court for yet another Royal Tournament performance, just the mention of the Royal Tournament and it brings back a certain smell!

"I had a great time in the Royal Marines Band Service, some stories I can share, some can only be retold to certain people, but I do have life long friends and I can recommend it to anyone considering a career in music; it's like belonging to an exclusive club and we all share our love of making music together." 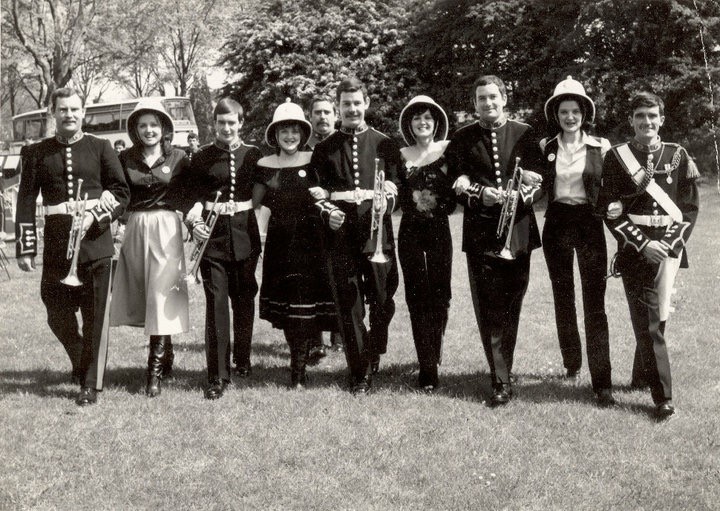