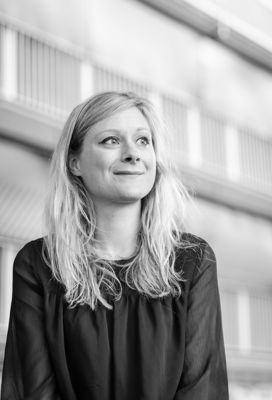 Our next webinar is with a fantastic female saxophonist and D'Addario artist, Naomi Sullivan on Wednesday November 25th at 8pm.

Naomi lives and works as a freelance saxophonist in London and has been Head of Saxophone at the Royal Birmingham Conservatoire since 2008. She is incredibly creative - much of her music is modern and experimental, and promoting of women composers and artists.

Naomi will be answering your questions on Wednesday 25th November at 8pm.

Naomi enjoys a varied career performing as a soloist and chamber musician. After studies at Chetham’s School of Music, Royal College of Music and Northwestern University Naomi performed in the UK as a soloist for the Countess of Muster Recital Scheme and as a chamber musician for ‘Live Music Now!’ and for the Park Lane Group Young Artist Series.

Naomi is currently performing with Sounding Cities - a project that explores urban environments through music and visual artists. She is also working with Yshani Perinpanayagam for the Illuminate Women's Music series which promotes the work of women composers and performers. You can watch one of their summer concerts here:

In 2020, Naomi joined the award-winning Laefer Saxophone Quartet. She has also been part of a number of chamber groups and made recordings with syzygy (a quartet she co-founded in 2009) and Flotilla, lead by Kyle Horch (www.flotilla.org.uk).

Naomi often works with young musicians from schools and educational projects in London, Birmingham and further afield. Naomi has given masterclasses at the Royal College of Music, Guildhall School of Music and Drama, Trinity Laban, Chetham’s School of Music, the Purcell School, Aldborough Young Musicians, as well as conservatoires and festivals in Europe and the USA.

Whatever your instrument, you're invited to the webinar! Register to have your question answered, or watch the live feed on our John Packer facebook page